Nature is More Creative than You

In a 2013 publication of the journal Science, researchers reported the discovery of functioning gears in an insect known as a “planthopper.” These gears are located in the hindlegs of the insect and consist of interlocking teeth that help the planthopper synchronize its movements. The gears rotate to allow the legs to move in concert faster than the nervous system can direct them. This synchronicity ensures that the planthopper leaps fast, far, and straight, instead of spinning out of control.

The researchers declared that this is the first known appearance of gears in any organism. But is it the only one? Nature is so grand and diverse that I cannot doubt the possibility that there are more organisms with these “mechanical” parts. This is not the first time that we have discovered a human invention in biology. Arguably, the best example is in our cells’ mitochondria.

At a certain point, the protons begin to travel back through a molecule with spinning parts, ATP synthase, which is remarkable in its own right. Powered by the flow of protons, ATP synthase, the biological motor, uses this energy to create ATP. This is occurring millions of times every second. In a sense, we are battery-operated!

This leads to a more fascinating question: can humans think of anything truly original? We invented gears and batteries before we discovered them in Nature, so these ideas are not unique. Can we think of any material invention outside of Nature or are we confined only to that which we are “pre-programmed” to create, since we are of Nature?

You might say wheels or even a refrigerator do not exist in Nature. But aspects of them do. The web-toed salamander does not move with wheels, but when startled or threatened, it curls into a ball to quickly roll down hills. Bacteria flagella can also rotate continuously to provide locomotion. And while a refrigerator-like animal is probably not going to be found in Nature, we recognize that refrigerators use electricity and can regulate their temperature, characteristics that exist in the natural world. 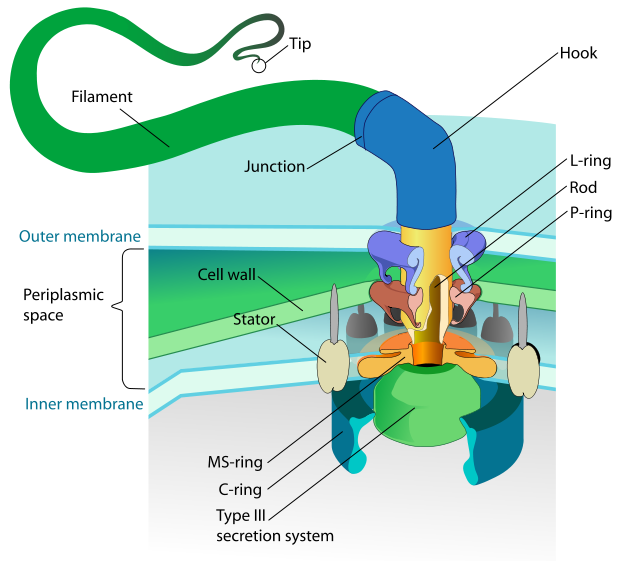 Perhaps the most arrogant inventors believe that they can produce something original, but even human flight is nothing special since we studied birds to learn the engineering of flight. Taking it one step further, even jet propulsion existed before we discovered it. It might not be as powerful as a rocket ship, but an octopus can contract its mantle and expel a jet of water that to push itself ahead.

I cannot shake the feeling that we are limited to what Nature has provided, but there is no real way to prove this. We can only wonder what amazing inventions Nature has already come up with that we have yet to discover. But the next time society gets excited about human genius, I will think of the planthopper and remind myself that Nature has most likely been there first.

And the next time I am stuck without ideas or looking for some inspiration, I will look to see what Nature is doing with her time. Perhaps she has come up with an invention I can borrow.