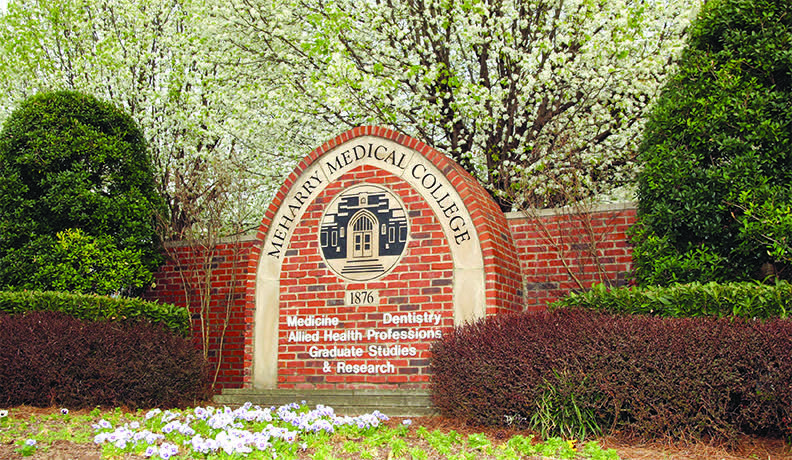 Every few months, there happens to be another breathless news story about racism in healthcare. Mass media seems shocked, progressives angrily tweet, while conservatives claim that somehow it was all President Obama’s fault.

Research has shown that African-Americans are more likely to receive poorer quality care from relatively simple to complex medical treatments. Systemic and chronic discrimination are more likely to lead to adverse health outcomes like coronary artery disease, and pregnant women who face racism are more likely to give birth to low-weight infants.

Further, in a study from the University of Virginia, conducted of medical students and healthcare professionals, revealed that almost 50% believe at least one false stereotype like African-Americans feel less pain that their white counterparts, black skin is thicker than white skin, or even that black blood coagulates faster than white blood.

The two oldest HBCU medical schools, Meharry Medical College and Howard University, have combined to produce over 80% of African American doctors and dentists practicing in the United States today.

This is remarkable when you consider that only 4% of physicians are black. These physicians are essential in giving black patients allies in healthcare, an important factor since black patients tend to be far less trusting of the medical establishment than other races. Further, the doctors play important roles in educating their colleagues and elevating the level of cultural competency in our medical and dental offices today.

Unfortunately, the number of black men enrolling in medical school from 1978 to 2014 has decreased from 542 to 515, peaking at 683 in 1998. The main reason tends to revolve around the fact that there is not a sustainable pipeline bringing black males into medicine. Everything from the lack of role models to poor schooling to low test grades to discrimination and discouragement have been named as factors in the decline. Solutions vary just as much; mentoring programs, decreased emphasis on standardized tests, and expanded financial aid options have all been proposed.

Politically, the challenge is exacerbated by the Trump administration and its decision to appoint an inexperienced head for the HBCU initiative as well as slashing federal funding for HBCUs, creating uncertainty among HBCU administrations. In their own cities, Nashville and Washington, D.C., Meharry Medical College and Howard run hospitals that are chronically underfunded and operate in the red, a political dilemma in its own right, because their hospitals take on the complex cases of uninsured and indigent populations.

Obviously, as institutions, HBCUs are not perfect. Across the nation, HBCUs are faced with debt and instances of mismanagement. Critics ask if HBCUs are even necessary now that universities that previously denied black students are now accepting the best and brightest. They also point that declining enrollment often leads to more lax standards, leading medical students to accept students that would not have been accepted elsewhere.

However, as a graduate of Meharry Medical College, I have witnessed the incredible education and perspective instilled at an HBCU medical school. Too often, black students come to Meharry because most other medical schools refuse to give them a shot.

Yet upon graduation, the perceived gap in performance has been narrowed, and residency programs at Harvard, Stanford, and the Mayo Clinic are eager to scoop up our students. We have turned being underfunded from a detriment to an advantage; we do more with less.

Even more, the HBCUs are reaching out to their communities, visiting schools and inviting high school students to spend time on campus. The goal is to ensure that there is a pipeline of development for young black boys and girls interested in healthcare.

Marybeth Gasman, Ph.D., a leading expert on HBCUs and an associate professor at the University of Pennsylvania, recommended in a policy brief that federal, state, and private funding should be committed to enhancing the fundraising infrastructure of HBCUs. This would allow them to improve grants management technology, increase staff, provide training for faculty and staff in grant writing (ideally through the White House Initiative on HBCUs), and garner more donations from alumni and a growing African American middle class.

Additionally, Dr. Gasman recommended that the federal government support loan forgiveness for new Ph.Ds, especially those in STEM fields, who choose to teach at HBCUs. These long-term funding solutions are essential for HBCU medical schools because of the important role they play in educating black physicians, in creating a safe space for people of color to receive care without judgement, and in discrediting unacceptable stereotypes that exist among their colleagues.

In 2008, the American Medical Association made an unprecedented and bold apology for the role it played in discriminating against African-American physicians. This was a major and much-needed acknowledgement, yet more than that is necessary to close a slowly increasing gap, especially because people of color will be the numerical majority in 25 years.

If we want to maintain a strong and trustworthy healthcare system, the diversity of our physician workforce is essential. Studies have shown that a diverse workforce leads to better communication, increased problem solving and innovation, and decreased health disparities.

Therefore, undergraduate universities and medical schools should continue to make efforts to recruit and enroll underrepresented minorities. Hospitals and health systems should continue to hire a diverse workforce and to implement cultural competency in their training. And the federal government should maintain and even increase funding and grant opportunities for HBCUs to provide scholarships and research opportunities for their students.

With continue disparity, the healthcare system will continue to suffer — a pain we will all have to bear equally.